Learning by listening: Hearing from workers influences our strategy 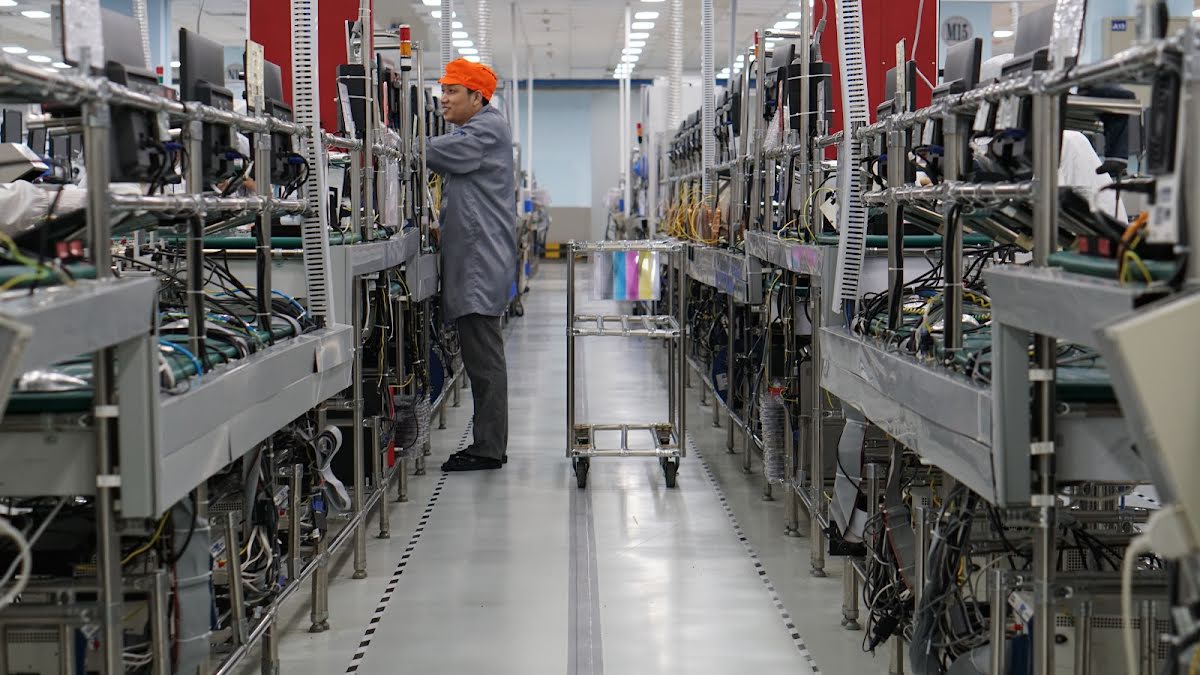 Google’s Responsible Supply Chain (RSC) program drives conformance to our Supplier Code of Conduct, which is based on worker input, local laws, and our core values. In addition to conducting supplier self-assessments, risk assessments, and on-site audits, we create opportunities to engage directly with the people working on our suppliers’ manufacturing lines through our worker survey initiative, which launched in 2015. We believe these engagements are key to understanding working conditions at supplier factories and addressing worker priorities.

But while these survey results are important to workers and Google, they’re also pivotal to high-tech manufacturers in China, which must find new ways to retain workers in the face of high turnover rates. Even the smoothest-running factories can lose 15% to 20% of their workforce in a given month, and some suppliers have reported turnover rates as high as 70% following Lunar New Year.

“Our suppliers really appreciate the feedback,” says Leann Speta, head of Google’s RSC program. “With the labor crisis growing in key manufacturing areas, suppliers are starting to realize they have to work harder to engage employees. We’re helping them address the crisis by sharing with them what workers have told us about their needs and aspirations.”

Hearing directly from workers is the primary goal of our worker surveys. Conducted via Wi-Fi-enabled tablets or mobile phones, the surveys ask workers to provide feedback in areas such as job satisfaction, health and safety, working conditions, worker-management relationships, working hours, and wages and benefits. Last year, nearly 1,000 people at 10 different supplier factories participated in the survey. Since the inception of the worker survey initiative, we have gathered direct, anonymous feedback from approximately 2,000 workers.

We also gather direct feedback during our site assessments, which include one-on-one interviews, small group discussions, and other types of surveys. We’ve heard from an additional 4,700 people since 2013 through these assessments.

We randomly select survey and interview participants from a cross section of workers using several criteria. This helps ensure that we gather input from a wide range of employees and temporary workers. All feedback is anonymous to protect workers from retribution. At the conclusion of each survey, we collaborate with supplier management on ways to improve working conditions.

“We usually discuss the management team’s challenges in worker recruitment and retention,” explains Serena Chen, program manager for the worker survey initiative. “We then brainstorm ways to address worker priorities and share best practices we’ve learned from other factories.”

In 2017, nearly 1,000 people at 10 different sites participated in our worker survey, which is conducted via Wi-Fi-enabled tablets or mobile phones.

According to the surveys, younger generations want increased career development opportunities over anything else—a challenging prospect in an industry not known for career mobility. “We stress the importance of supervisor training in appealing to these workers,” Chen says. “Some line managers practice traditional management styles, but we’re increasingly seeing workers who want mentors and leaders.”

While helping suppliers retain employees is important, our surveys also put workers at the center of our compliance and sustainability efforts, which we consider critically important in building a fair and equitable supply chain. We’ve built our RSC program not only to drive compliance with local law and corporate policies but also to incorporate ideas directly from the people making our products and other key stakeholders.

We want visibility into the changes people in the factories would like to see most, such as higher wages, better dormitory conditions, and career development opportunities. Management communication is another area of focus in our survey. Are people comfortable approaching their managers with problems? Where can they go to file a grievance?

“When talking with suppliers, I always highlight the percentage of workers who trust the management team and how confident workers are in reporting their concerns,” Chen says. “This reveals a lot about the culture of a factory, including whether managers care about worker feedback.”

Our surveys give us insight into the changes that people in the factories would like to see, such as better canteen service or more career development opportunities.

We also want to know what problems people see on the factory floor for compliance reasons, as audit data isn’t always transparent.

“If a supplier’s timecards indicate that workers don’t work overtime, but workers say that they really like all the overtime they’re able to get, then something’s off,” Speta says. “We’ll incorporate that information into our overall assessment of the site and follow up with in-depth interviews and other research.” Worker surveys are just one of many components of on-site assessments, which also include factory and dormitory tours, management meetings, face-to-face worker interviews, and document reviews.

The surveys offer another compliance benefit as well: By connecting higher worker satisfaction with improved retention, the results create a business case for improving working conditions. And that creates an appetite for even more information.

“The program has been really well received,” Speta says. “We’ve had suppliers come back and ask us to do more surveys so they can get additional feedback. In this environment, building trust by listening to workers’ voices is critical.”