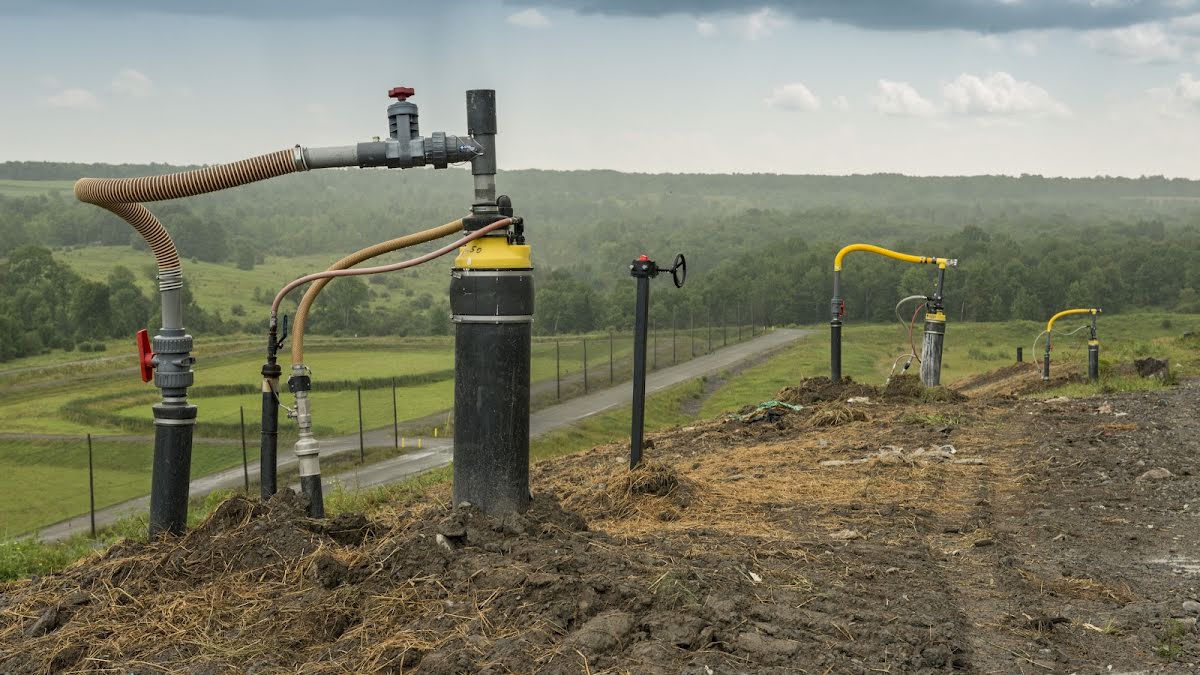 In 2007, Google made a commitment to be a carbon neutral company and we’ve met this goal every year for the past decade. In that time, we’ve partnered with more than 40 carbon offset projects to offset more than 16 million metric tons of carbon dioxide equivalent (tCO2e).

Our partnership goes back to 2010, when we decided to invest in the Authority’s landfill gas project in its early stages. As organic waste decomposes inside a landfill, it creates methane gas, which is a significant contributor to climate change: methane is 28 times more potent than carbon dioxide and accounts for 16% of global GHG emissions.1 Landfills in many U.S. states aren’t required to capture or process methane if they don’t reach a certain threshold of emissions, so by voluntarily collecting and destroying it, they can generate carbon offsets.

The Authority wanted to install a network of wells, pipes, and flares to capture and destroy the site’s methane gas. Developing a carbon offset project provided the financial incentive for the initial investment. After vetting the project, Google committed to purchasing all the carbon offsets it would generate. This long-term investment provided the financial certainty the Authority needed to build and begin operating the gas-collection system three years earlier than planned. Since then, the project has eliminated half a million metric tons of carbon dioxide equivalent, generating more than half a million carbon offsets while ensuring the gas is properly handled.

Once a gas-collection system was in place, the Authority could then take further steps to fully utilize this resource. Rather than simply flaring off, or burning, the waste gas, the Authority commissioned a plant to convert it to electricity. This plant now produces enough renewable energy to power more than 3,300 local households and also provides a steady revenue stream to fund additional waste management initiatives for the community.

Revenue from selling carbon offsets has allowed the Authority to continuously expand the gas well field to capture even more methane. The money has also supported the launch and operations of other waste management initiatives, including electronics waste recycling and the safe disposal of hazardous household waste. Without the revenue stream catalyzed by the initial gas-collection project, the additional cost for these community programs would have to be borne by local residents and businesses.

This project is just one example of the many mutually beneficial long-term partnerships we’ve established through our carbon offset program. By enabling us to reduce our carbon footprint while reducing local air pollution, improving waste management, and increasing local revenue streams, each of these collaborations is a win for both Google and our communities.

1 GWP relative to carbon dioxide (CO2) with a 100-year time horizon and global GHGs per gas, both as per the most recent Climate Change 2014: Synthesis Report, Intergovernmental Panel on Climate Change, 2015