The Internet is 24x7—carbon-free energy should be too 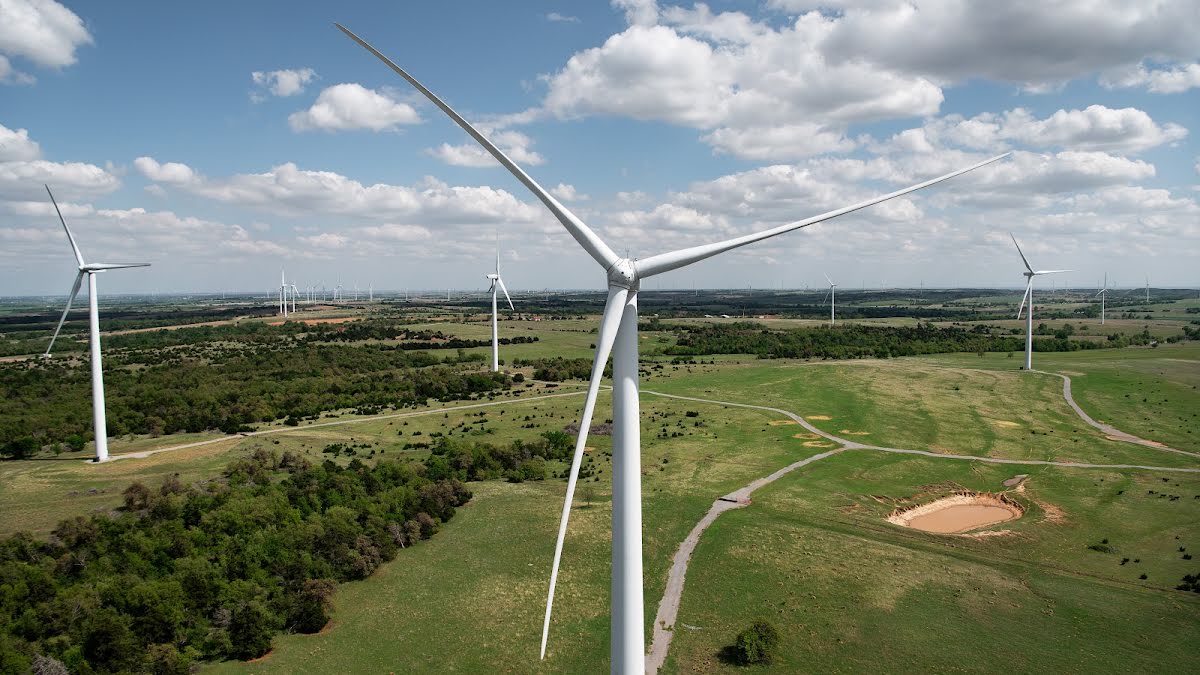 Electricity is the fuel that allows our data centers to deliver billions of Google searches, YouTube views, and much more—every single day, around the clock. In 2017 alone, we purchased more than seven billion kilowatt-hours of electricity (roughly as much as is used yearly by the state of Rhode Island) from solar and wind farms that were built specifically for Google. This enabled us to match 100% of our annual electricity consumption through direct purchases of renewable energy.

But, as exciting as this milestone was, it was only the first step toward a much more ambitious, long-term challenge: to source carbon-free energy to match our electricity consumption in all places, at all times. This means realizing a future where each Google facility is always matched—around the clock—with local carbon-free power.

In October 2018, we took an important step toward this vision by publishing an inside look at the sources of Google's electricity around the globe, to gauge how we're tracking toward our aspiration. Our deep-dive discussion paper highlights how some of our data centers are already performing remarkably well on this front, and how others are making progress but still have room to improve. The paper includes location-specific Carbon Heat Maps that visually track the energy profile of Google data centers on an hour-by-hour basis.

The insights we’re gaining from these and other renewable energy initiatives will guide our journey toward 24x7 carbon-free power.

The importance of around-the-clock carbon-free energy

Despite our large-scale procurement of renewables, Google facilities still use carbon-based power. Like any other electricity consumer, each Google facility is connected to its regional power grid. The power mix in each region typically includes some carbon-free sources (e.g., wind, solar, hydro, nuclear), along with carbon-based resources like coal, natural gas, and oil. We rely on those carbon-based resources — particularly when wind speeds or sunlight fade, and also in places where there is limited access to carbon-free energy.

To address our use of carbon-based energy, we buy a surplus of renewable energy in regions or hours when solar and wind power are abundant. For example, we buy larger amounts of wind energy in places like the US Midwest to offset our lack of renewable energy purchases in Asia. And in some places, we buy additional solar energy during the day to compensate for our use of carbon-based energy at night.

Our purchases directly result in more renewables being added to the grid, known as project additionality1, and reduce carbon dioxide emissions. On a global and an annual basis, our purchases of solar and wind energy zero out the entire carbon footprint of our electricity use. But this is an imperfect solution. We want to build a future where we’re not dependent on carbon-free energy at all. Fully decarbonizing the electricity sector requires 24x7 carbon-free energy.

Google has multiple compelling reasons to pursue this shift. We strive to lead on climate change as a business imperative. We are a large electricity consumer that seeks to minimize our environmental footprint. And we are a growing business that prizes the cost-effectiveness and financial certainty of renewable power sources. By pursuing this long-term objective, we can help elevate carbon-free energy from being an important but limited element of the global electricity supply portfolio to a resource that fully powers our operations and, ultimately, the entire electric grid.

A carbon-free energy framework We define carbon-free energy as any type of electricity generation that does not directly emit carbon dioxide. This includes renewables like solar, wind, geothermal, hydropower, and biomass2, along with nuclear power.

Finland In our analysis, we found that none of Google’s data center campuses in 2017 were matched 24x7 with 100% carbon-free energy. Still, a few campuses, such as our data center in Finland, are beginning to reveal what’s possible. As shown below, the facility’s electricity consumption in 2017 was strongly matched on an hourly basis with regional carbon-free energy.

We attribute this to a couple of factors. First, thanks to a competitive electricity market structure in the Nordics, Google has been able to sign multiple wind energy PPAs in the region.5 These PPAs deliver a substantial amount of electricity to the grid and, on an hourly basis, frequently produce more energy than our Finnish data center consumes. Second, Finland’s power grid has an abundance of other carbon-free energy sources, including nuclear, hydropower, and biomass.

North Carolina Even in locations where renewables like solar and wind power are available, their variability means they are unable to provide power 24x7. This can be problematic in places where there are few carbon-free sources to turn to when sunlight and wind diminish. An example is our data center in Lenoir, North Carolina, where we worked with the local utility to establish one of the first utility solar purchase programs in the country. As a result, daytime energy use at our data center is fairly well matched with carbon-free energy. However, our nighttime energy profile is noticeably more carbon intensive. Overall, 67% of this data center’s electricity use was matched on an hourly basis with carbon-free sources in 2017.

Taiwan While many of our data center campuses have made noteworthy progress toward hourly matching of electricity consumption with carbon-free electricity, other campuses have opportunities to improve. One example is our data center in Changhua County, Taiwan. Although the grid mix has some amount of carbon-free sources like nuclear, solar, and wind, it is still dominated by coal and natural gas. Evident in the heat map below, less than 20% of our Taiwan data center’s electricity consumption in 2017 was matched on an hourly basis with regional carbon-free sources.

In 2018, we signed our inaugural renewable energy deal in Asia, the first such corporate power purchase agreement in Taiwan. We will purchase the output of a 10-megawatt solar array (which is part of a larger solar farm) in Tainan City, Taiwan. It will deploy 40,000 solar panels across commercial fishing ponds, maximizing land-use efficiency and benefiting local aquaculture. This will boost the carbon-free profile of our local data center.

The path forward Creating a carbon-free future will be no easy feat, but the urgency of climate change demands bold solutions. In addition to gauging our progress, we’ve identified several key actions that we and the rest of the world must take—including doubling down on renewable energy purchases in a greater number of regions—to achieve 24x7 carbon-free energy.

We have our work cut out for us and couldn’t be more excited to push forward.

1 To ensure that Google is the driver for bringing new clean energy onto the grid, we insist that all projects be “additional.” This means that we seek to purchase energy from not-yet-constructed generation facilities that will be built above and beyond what’s required by existing energy regulations.

2 We provisionally count biomass energy as carbon free because, although it emits biogenic carbon dioxide in electricity generation, it can in some circumstances be net carbon free. In recent years, scientists have raised meaningful concerns about greenhouse gas emissions associated with both biomass and hydropower. We categorize them as carbon free in our current framework because, if managed responsibly, their impact can be minimized. We continue to monitor developments around their environmental, social, and greenhouse gas emission profiles. Our intent is to encourage sustainable and truly carbon-free initiatives and to characterize them properly in our framework.

3 Carbon-free energy from a Google PPA site is generated in the same grid operating region as a given data center but does not have an exclusive direct connection to the data center. After being generated, the electricity is indistinguishably mixed into the general supply of electricity that is delivered to all power customers in the region, including Google’s data center.

4 In calculating a data center’s hourly match with regional carbon-free energy, we first count Google’s renewable PPAs. We do this because we have a contractual right to that electricity production and its environmental attributes, and our PPAs have directly led to the addition of that carbon-free energy to the grid.

5 In 2017, most of Google’s renewable power generation in the Nordic region was located in Sweden, rather than in Finland itself. While they technically operate separate grids, Finland and Sweden are part of a shared competitive electricity market (Nord Pool), and Finland directly imports a large amount of electricity from Sweden. We thus categorize our hourly wind generation in Sweden as “matched” with our electricity consumption in Finland.