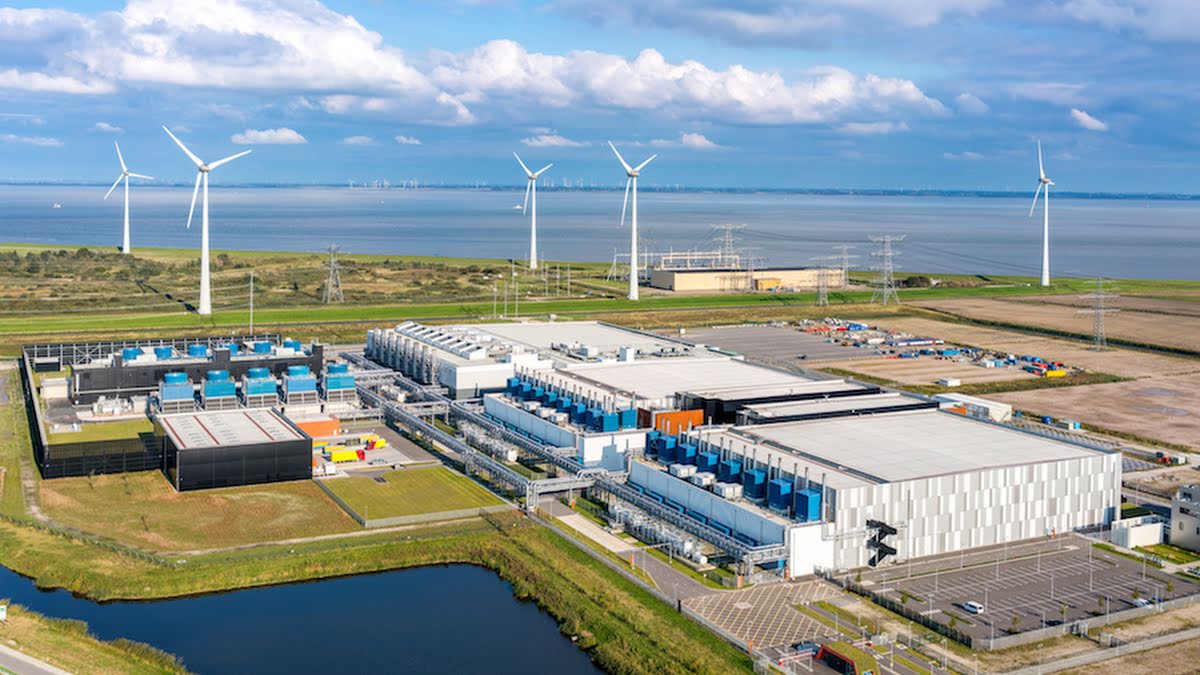 When a bored traveller streams a movie while waiting for their flight, or a student turns on their favorite playlist to help them study, the credit for making it happen often goes to the device itself. But the real superheroes are the data centers performing all the heavy lifting behind the scenes, making digital services work seamlessly.

Data centers are home to giant rows of servers—high-performance computers that store and supply data 24/7. Every day, the demand for computing continues to skyrocket, with millions more people coming online every month.

To meet the surging demand for data storage in the cloud across the globe, Google data centers have been created in Hamina, Finland; St. Ghislain, Belgium; Dublin, Ireland and Eemshaven, Netherlands—all in just the last 11 years. These centers invest an average of €300 million per year into operation costs and have created a substantial addition of jobs in remote areas that include everything from specialized IT technicians and engineers, to positions in catering, facilities, security staff and landscape gardening.

While job creation does ebb and flow with spikes during construction, the average total supported employment impact of Google’s European data center network has been 6,600 full-time jobs per year since 2007, and that has had a remarkable impact on communities. “Every day the demand for Google services is growing and our infrastructure of data centers follows that rhythm steadily, which in turns benefits communities through job creation,” remarked Frédéric Descamps, Google Data Center Facilities Manager in Belgium.

As Google grows, our communities grow

While the boost to employment and the economy are the benefits most often highlighted, Google supports local data center communities through other channels as well. Over the last few years, almost €3 million in grants have been distributed in Hamina, St. Ghislain, Dublin and Eemshaven, with major funds being donated to initiatives such as curriculum programs and coding programs, as well as educational support through teaching collaborations at area colleges that build the local skills base.

One such grant was given to La Maison des Maths school in Belgium to help them promote Science, Technology, Engineering, and Mathematics (STEM) studies. “Mathematics is just as important to children as it is to adults, because we live in a world that increasingly revolves around digitization and codes,” explains Emmanuel Houdart, La Maison des Maths founder. “I don’t think people realize that Google’s data center coming to this area offers certain outcomes. They were the first to encourage us and this STEM curriculum, and the first to offer scholarships. If Google hadn’t settled here with their data center, La Maison des Maths wouldn’t exist today.”

Other support has gone to coding programs in the Netherlands, programs that help inspire young people to prepare for the workplace in Ireland, and support has even helped build a mini data center in Finland that allows students to learn firsthand about working in a data center environment.

Helping pave the road to green

In order to deliver data around the world and around the clock, energy is needed to power and cool acres of high performance servers, so how they’re powered and whether or not that energy is matched by renewables has an impact.

Google data centers are some of the most efficient in the world and have been recognized for their achievements, including a recent award given to the Saint Ghislain data center by the European Commission. We’ve spent the last more than 10 years developing state-of-the-art energy efficiency techniques for our data centers. We’ve built our own super-efficient servers, invented more efficient ways to cool our data centers, and even used advanced machine learning to squeeze more out of every watt of power we consume.

“We’re building new data centers and offices, and as demand for Google products grows, so does our electricity load,” explained Urs Hölzle, Google Senior Vice President, Technical Infrastructure. “We need to be constantly adding renewables to our portfolio to keep up. So we’ll keep signing contracts to buy more renewable energy. And in those regions where we can’t yet buy renewables, we’ll keep working on ways to help open the market.”

In addition to growing existing markets and helping to open up new ones, long-term commitments such as Google’s can help Europe reach its renewable energy targets for 2020 and 2030 as they ensure stability and reduce risk for developers and financing parties.

Google has signed 11 PPAs on 10 sites in Europe constituting circa 710 MW of wind and solar energy capacity and is currently the world’s largest corporate buyer of renewable energy. Source: cloud.google.com/environment/

Establishing Google’s first four data centers and supporting them with fiber network and renewable energy has had a major impact on the European economy—€5.4 billion in gross domestic product in total for the 10-year period from 2007 to 2017. And there are plans for more growth in the near future. In fact, the overall data center industry has grown by 10 percent annually from 2010 until today, and this growth is expected to continue in the next decade. For Google, that growth includes a recently announced investment of €250 million to expand its Belgian data center and commitments of €150 million in Ireland and €500 million in the Netherlands—ensuring even deeper and stronger roots in Europe.