Wildlife Insights helps capture the beauty of biodiversity, as well as its fragility 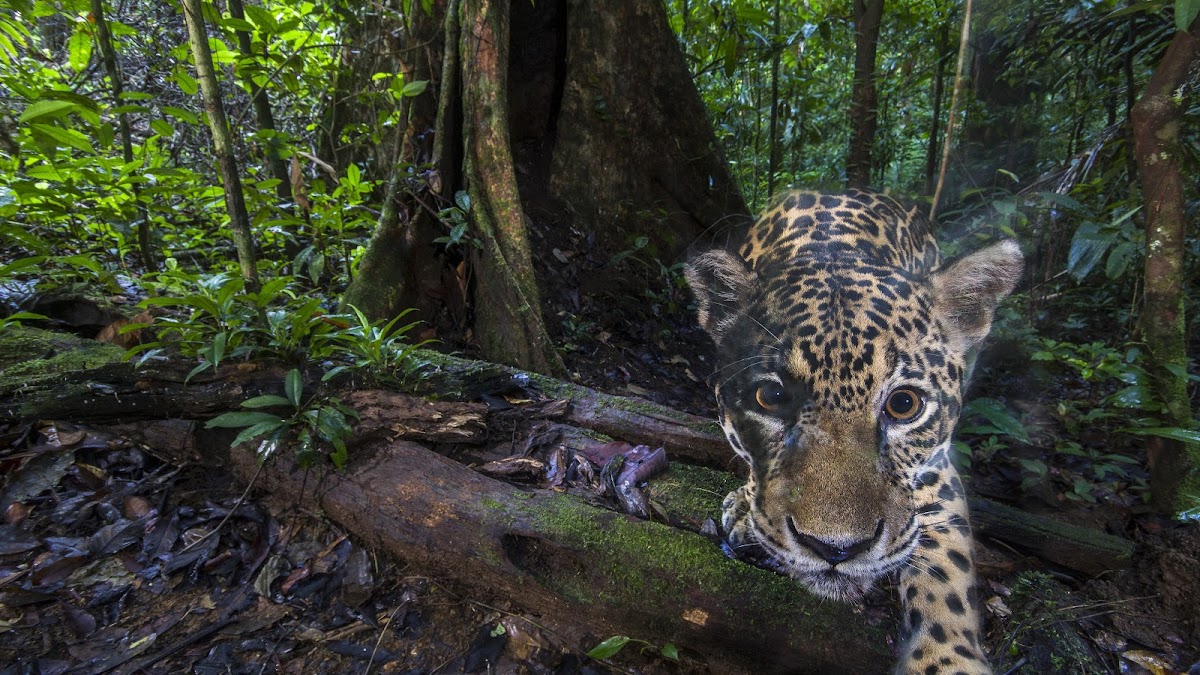 “When you walk into a tropical forest, you essentially miss 90 percent of the animals there,” says Jorge Ahumada, a senior wildlife conservationist for Conservation International. But even if we can’t see the wildlife in a South American jungle, or the Australian bush, or a North American mountain range, the animals are there, remaining quiet and hidden until the humans leave so they can travel and hunt.

With the help of motion-triggered trail cameras (also known as camera traps), Google Cloud, and AI models, conservation experts like Ahumada can see wildlife in places like the Caño Cristales river basin in Colombia, using images of elusive anteaters, jaguars, and monkeys to measure and study species and biodiversity. Wildlife Insights, an initiative of Google Earth Outreach’s Nature Conservation program, was announced in 2019 to help conservation experts as well as local communities reduce the time-consuming manual tasks of processing and analyzing images—while sharing knowledge with researchers around the world, and protecting species from extinction.

In any wildlife conservation project involving trail cam images, much of the labor comes from manually viewing millions of images and identifying species. Up to 80 percent of photos may have no wildlife in them because the remote camera was triggered by elements like grass blowing in the wind. Many images may be very dark, or animals may be hiding behind trees or bushes and so are hard to see. Even when species identification is completed, the data collected often remains within that project, instead of being shared with the global conservation community.

At Google, we are committed to sharing technology, methods, and funding to help organizations everywhere do more for the planet. Using Google Cloud AI Platform Predictions and a custom AI model built by a team at Google, Wildlife Insights can classify the trail cam images up to 3,000 times faster than humans can, analyzing 3.6 million photos an hour. Once researchers upload the photos, Wildlife Insights automatically predicts which images are empty with a certain level of accuracy, and for those that contain wildlife, the AI predicts the species. Wildlife researchers then accept or correct the AI model’s prediction, which in turn improves the model’s confidence.

Google used the nine million wildlife images as training data to build species identification models with TensorFlow. The training dataset continues to grow as new data comes in; recent advancements in Wildlife Insights include identification of more species. The entire platform is designed to scale by being built upon Google Cloud Platform.

The result is that Wildlife Insights de-silos species data and reduces the time it takes to derive meaningful insights, including improving global wildlife data at Map of Life. Wildlife researchers can better gauge how abundant species are, where they are located, and how they are moving from place to place. Policy decision-makers can use insights to choose where and how to change the boundaries of protected areas. In the future, we hope that any nature lover with a trail cam in their backyard can contribute to large-scale data collection and science.

Images like these confirm the presence of bush dogs in Amazonian forests.

For Ahumada, he’s personally experienced the value of a photo as empirical evidence. While in a forest in Colombia where he was studying spider monkeys, Ahumada saw a bush dog, but there was no record that species existed there and no one took his observation seriously. Twenty years later he was pulling data off of a network of trail cameras placed in a similar forest. To his surprise, he found an image of that same dog species that he’d seen so many years before, providing concrete evidence that they did live in that particular forest.

Nearly 3 billion animals were affected by the bushfires that affected Australia during the summers of 2019 and 2020. Wildlife Insights has been helping Australian conservation groups such as the World Wide Fund (WWF) for Nature Australia to upload and share trail cam photos from the affected regions, providing a clearer picture of how Australian wildlife is coping after the fires. Starting in early 2021, more than 600 trail cameras were placed in the bushfire regions, with plans to use Wildlife Insights to detect which species might be returning to their damaged habitats.

Darren Grover, head of Healthy Land and Seascapes for WWF-Australia, placed the first 100 cameras in Kangaroo Island in South Australia—in part, to look for signs of the Kangaroo Island dunnart, a small, gray-ish, nocturnal marsupial that often eludes detection by researchers. Because the dunnart looks very much like a mouse, conservation experts like Grover used to have to manually sift through hundreds of images before properly identifying the creature.

Thou art a dunnart.

Fortunately, one of the cameras caught an image of a dunnart. “As anyone with thousands of holiday photos will tell you, sorting and organizing heaps of camera pictures and footage can be labor-intensive and time-consuming,” Grover says. “Analyzing camera sensor pictures traditionally requires expertise to determine the best pictures, and which ones you can just delete—and you can get hundreds of empty images before you strike gold.”

With Wildlife Insights, researchers like Grover can upload their images and quickly identify hundreds of species like the dunnart, and quickly discard empty images. Says Grover, “These images will help us to understand what species have survived in bushfire zones and determine where recovery actions are needed most.”

Racing against time and habitat destruction

Time may seem like it moves slowly in the forests, mountains, and coastal waterways where wildlife make their homes. But for researchers like Angélica Diaz Pulido, a researcher from Instituto Humboldt who works with Ahumada in the Colombian rainforests, the destruction of habitats is advancing faster than humans realize, creating an urgent need to share and study the field data shared via Wildlife Insights.

“The challenges we biodiversity researchers face are focused on carrying out research quickly, and ensuring it gets to decision-makers in time,” Diaz Pulido says. “When you find something as unique as Caño Cristales, you can’t help but think how fragile it is.” With help from Wildlife Insights and Google’s technology, conservationists like Diaz Pulido can help preserve the beauty of the species in our natural world.