Northern exposure: How our Nordic renewable deals are reaping rewards 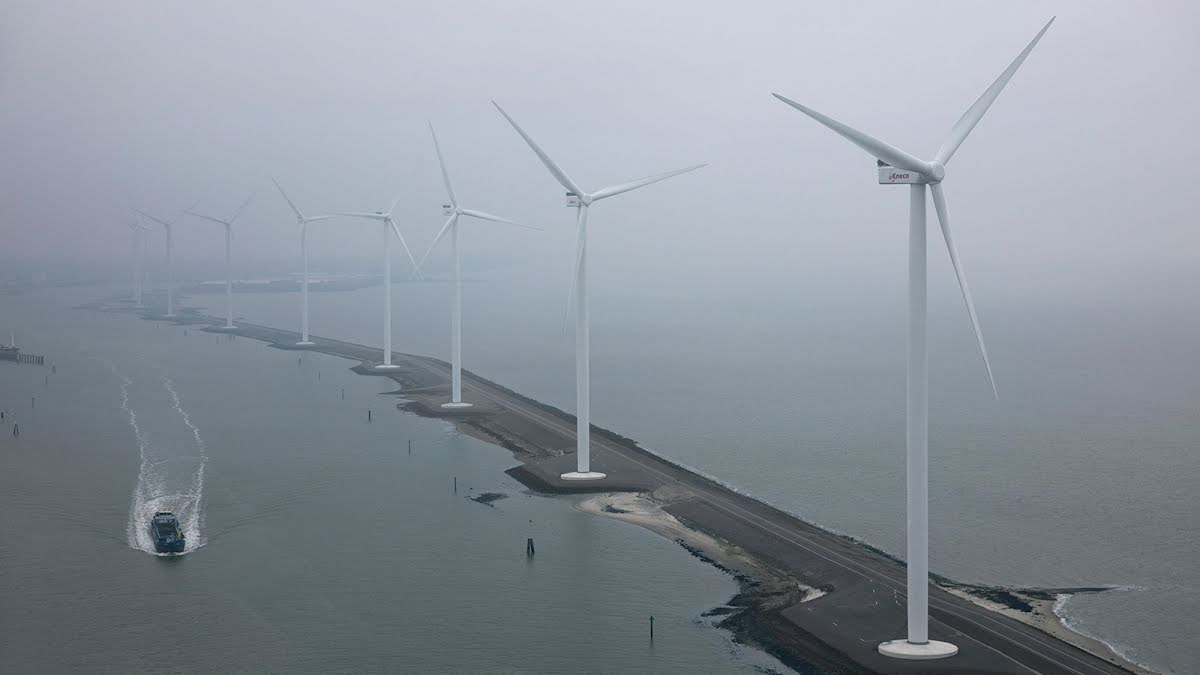 With 14 data centers on four continents and offices in 150 cities across the globe, Google consumes a lot of power. We believe in running our company in an environmentally responsible way. Back in 2012, we set a goal of achieving 100 percent renewable energy, meaning that on an annual basis, we would buy enough renewable energy globally to match what we consume as a company.

To do this, in many markets we’ve entered into power purchase agreements (PPAs), long-term contracts which enable the construction of new renewable projects by guaranteeing the price at which they’ll be able to sell their energy over a given period of time. Besides facilitating new renewable energy on the power grid, these deals also make good fiscal sense for Google: when we sign an agreement to buy wind or solar at a fixed price for a long term, we protect ourselves against future rises in market power prices. “We’re able to achieve long term certainty on our costs,” says Neha Palmer, Google’s head of energy strategy. “PPAs are better for the planet and better for our business.”

When we signed our first wind PPA in 2010, Google was one of the first non-utility companies to proactively source large amounts of renewable energy for its operations. By 2016, as detailed here, we‘d signed up for 20 projects totaling 2.6 gigawatts worldwide, making Google the world’s largest corporate purchaser of renewable power. As a result of those efforts, we’ll achieve our 100 percent renewable goal in 2017.

It’s a great milestone, but we’re just getting started; our longer term ambition is to locally match our electricity consumption with renewable energy purchased on the same power grid. And two Google EU data centers, in Finland and the Netherlands, are leading the way. In Finland, we’re able to tap directly into Nordic wind to supply the facility, and the Netherlands data center was the first in our fleet to be 100 percent renewable from day one.

The Nord Pool power market which covers Scandinavia is a particularly interesting case, and a vivid example of the influence of corporate procurement on renewable development. The open, competitive energy market structure, where customers have choice in their energy supply, is highly conducive to enabling creative power purchasing. The combination of the market structure with Google’s growing regional presence, commitment to sourcing renewable energy, and willingness to invest in long-term energy development has facilitated almost 600 MW of new wind farm capacity for the company. This is a significant addition of new power resources in the Nordic region and is hastening the development of the renewable industry in that part of the world.

We’ve also spurred the creation of a new way to buy renewable power. In the Netherlands, we joined forces with Akzo Nobel, Philips, and DSM to jointly procure power, thus illustrating a model of how such deals could happen in the future. “Utilities often act as the middlemen,” says Marc Oman, who joined Google in early 2015 to accelerate our power procurement efforts and manage the company’s growing renewables portfolio in the region. “In this case we managed to source power directly from the producers themselves.” This meant working directly with two Dutch cooperatives that developed a wind farm project, and helping the project secure financing by committing in advance to buy all of its power.

The annular generator for a wind turbine.

Another agreement, signed last June, enabled the construction of a 50-turbine project with 160 MW capacity in Tellenes, Norway -- the first time that country had ever lined up an international consortium to build a wind farm. German and Dutch banks loaned capital, an investment firm helped further finance the project, and Google agreed to purchase all the power at a fixed price, a key factor in securing the financing. Norway has a long history with hydropower, but had few wind power projects. “The day we announced this agreement,” says Andrew Hyland, who focuses on policy and community relations in the EU. “The Norwegian minister of energy tweeted, ‘Today is a day of joy.’”

These developments certainly help Google directly, but also have much broader impact. Cloud computing and artificial intelligence are rapidly growing sectors which will continue to require data centers to consume significant amounts of electricity as they scale to meet customer demand. As data center operators see the benefits that renewable energy can bring to their businesses, the global appetite for renewables will increase. The future needs data centers, but that future also depends on renewable energy.

Indeed, in the years since Google pioneered the large-scale corporate procurement of clean energy, we’ve seen many others follow suit. A number of large companies are signing PPAs today, and Oman believes as the market evolves smaller companies will also turn to renewables, perhaps in larger consortiums. “Ultimately,” he says, “our goal is to make all of the grids in which we operate carbon-free. The idea is to have clean energy available to us whenever we need it, 24/7.” When we do achieve that, it appears, the plentiful Nordic winds will have helped us get there.